Forgive me for including wildlife notes, again, but since childhood I was always fascinated by biology;  in fact when I left school I went to work in a biology lab to train as a microbiologist  whilst doing day release to get my qualifications.

Whilst I enjoyed the work, I found the repetition required in research rather tedious ( testing outgoing batches of medicines for contamination, sitting in a sterile room dressed up from head to toe in a white gown, with mask and goggles); I was doing the same thing as the head of department and I was too young to realise that this was just the start and I would move on to more interesting things. So 4 months after twice daily commutes to and from the factory ( 2 trains and a bus, sheer hell!) I told dad it wasn’t for me, and he did a rare thing for fathers in those days, he suggested I went to Art School, not many people of his generation would have chosen that path for his daughter.

Wildlife: last Tuesday the cranes started flying south from Germany, they always fly over our house, I mentioned them last October and this March, their cries are so bleak, so resonant, so wintry. I still haven’t done a painting from this ipad sketch, maybe this autumn…. 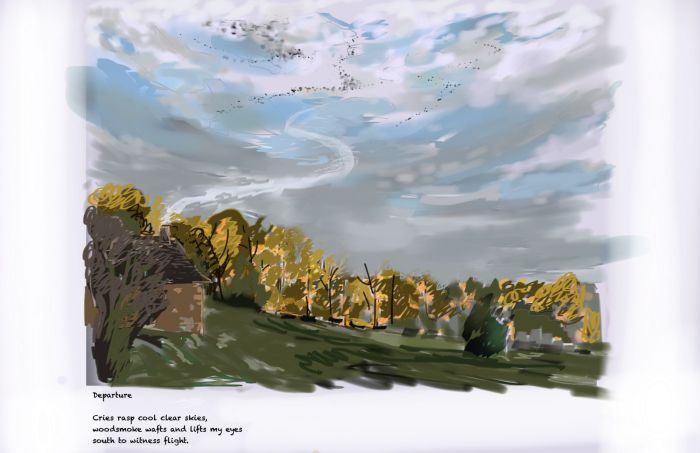 So: notes on lizards: here we have a poor lizard I found floating in the water butt, he’d slipped in under the cover, anyway I tried very gentle artificial respiration, pulling his arms up and gently pressing on his chest but to no avail, but it reminded me how close we are to amphibians, his little arms and chest so fleshy and his perfect long fingered hands and feet.

Anyway on a  happier note, this lizard pops into the conservatory through the cat-flap, and helps himself to dried catfood. 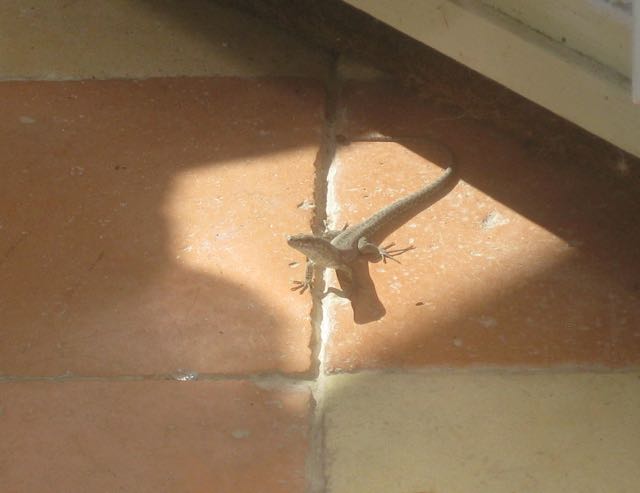 Next is the hawkeseye moth I found in my studio, his life is spent, unfortunately, for they don’t live long, but what a beautiful creature: 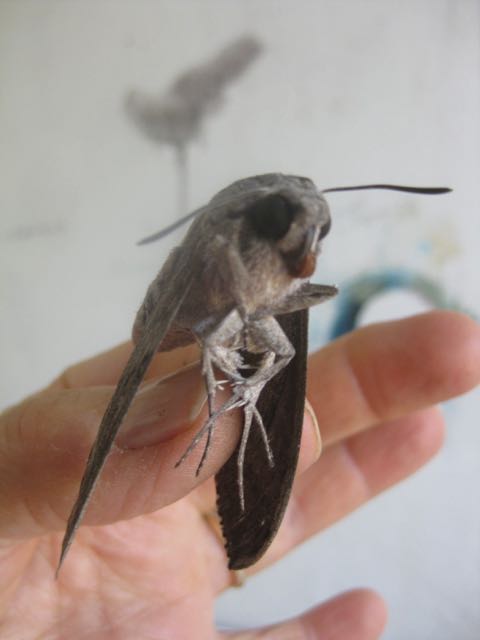 and lastly nature-wise, a praying mantis clinging on to our front door, full of character, he looks as though he’s a member of an orchestra, which of course he is, although maybe he’s the conductor !

And so to painting: I’ve reworked the china dog, because looking at it later I found my painting rather dull, so added some more colour. I then decided to do a quick ipad painting of the same subject, and I much prefer the iPad one, there’s more life and character in it and I prefer the colours.

after reworking, more simplified, hmmm it’s still too pink and blue, some paintings just don’t want to be saved: 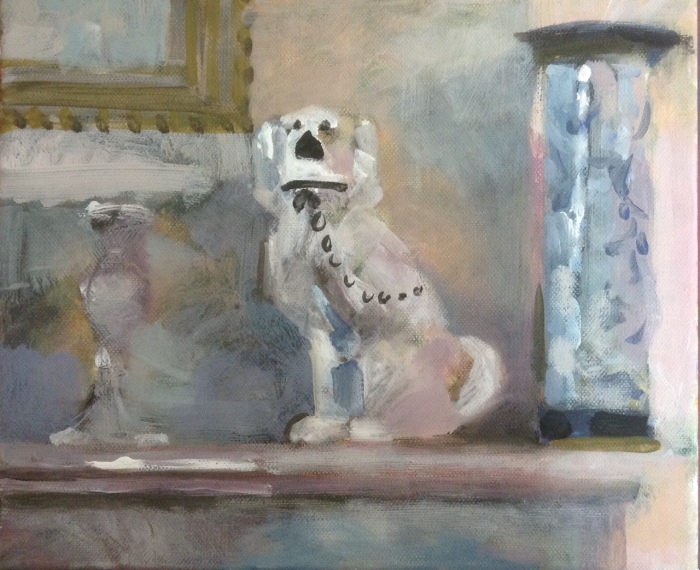 the iPad painting I much prefer these colours:

Below: Hair of the Dog: this time I did the ipad painting first then painted in oils from that. 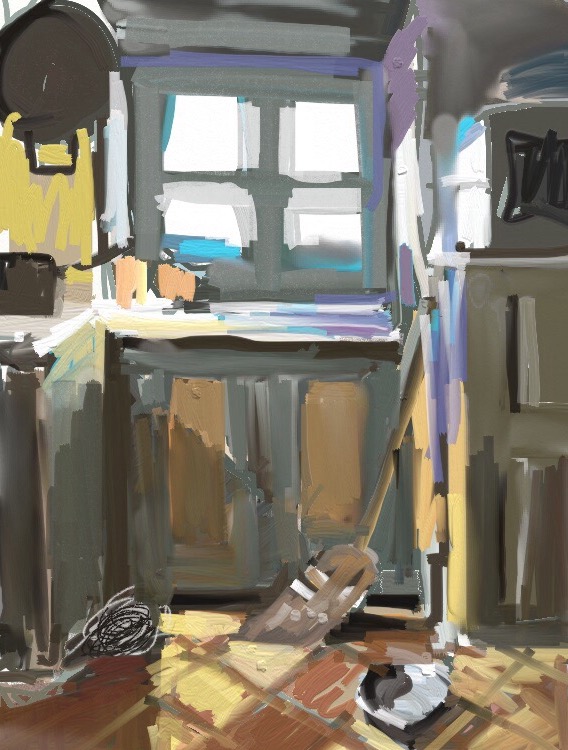 The oil painting start to finish:

6 thoughts on “More notes on wildlife, and some paintings.”